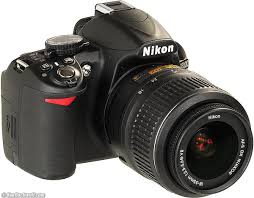 AÂ DSLR, or digitalÂ singleÂ lens reflex camera is an advanced type of digital camera that provides high-level image quality, performance levels, and manual control options, typically much better than what you’d receive with a fixed lens camera. One way to develop a DSLR definition is to say that this type of camera uses interchangeable lenses, while a fixed lens camera has a lens that is built into the camera body and the photographer cannot swap it out.

This mirror design is left over from the days of SLR film cameras, where any time the film was struck by light, it would be exposed.

The mirror mechanism ensured this would only happen when the photographer pressed the shutter button. With digital cameras using image sensors though, the mirror isn’t really needed for this purpose.

A mirrorless camera doesn’t use an optical viewfinder, because it doesn’t have a mirror mechanism. Instead, if the mirrorless camera includes a viewfinder, it’s an electric viewfinder (EVF), meaning it is a tiny display screen, showing the same image that appears on the display screen on the back of the camera. These tiny display screens in the viewfinder all have different levels of resolution (meaning the number of pixels they use in the display), so some photographers don’t like some digital viewfinders because they may not have a high resolution, resulting in a viewfinder image that isn’t sharp. But you can superimpose some data about the camera’s settings on the screen in the digital viewfinder, which is a nice feature.

A digital camera model that looks like an DSLR, but that doesn’t offer a TTL viewfinder or interchangeable lenses, is often called an DSLR-style camera. It’s a fixed lens camera, but it has a large lens barrel and a large camera body that makes it look like a DSLR, both in body design and in size and weight of the camera.

Such DSLR-style fixed lens cameras tend to have a large telephoto capability, allowing them to shoot photos over a long distance, such as the Nikon Coolpix P900 and its 83X optical zoom lens. Even though these large zoom cameras look like DSLRs, they don’t have the high-end image quality or fast performance levels that a DSLR — even the most basic entry-level DSLR — is going to have.