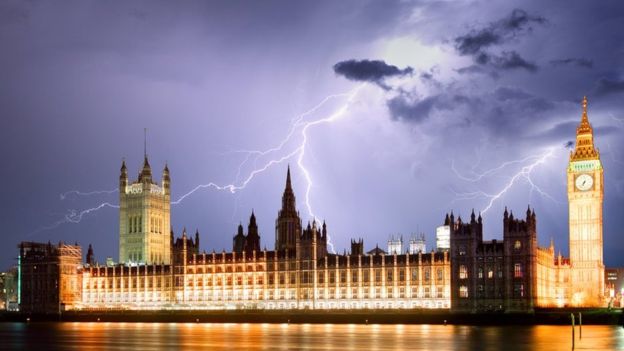 Thunderstorms are forecast in many parts of the UK. While severe weather can cause misery, it can also lead to spectacular photos – if you know how to take them.

BBC picture editor Phil Coomes shares his tips on how to get the best photographs of a thunderstorm.

“Set up the camera so it captures a wide arc of the horizon. Ideally you will want to capture lots of lightning strikes in one frame,” says Coomes.

“You might want to include the landscape in the bottom part of the frame so the lighting has somewhere to go. It can work well if you have a night cityscape, for example.” 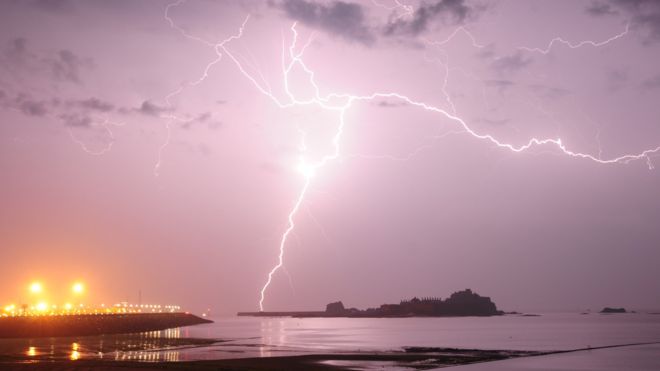 2. Use a Low Shutter Speed

Coomes says the most common mistake amateur photographers make is “trying to take a picture when you see it”.

Instead, he says, you should set up your camera ahead of the storm.

“What you really need is long exposure, allowing the shutter to remain open as the lightning lights up the sky,” Coomes says.

He recommends experimenting with shutter speeds upwards of half a second.

“Depending on the intensity of the lightning, you can adjust your aperture and ISO settings to get the correct exposure,” he adds.

If you’re taking pictures on a phone, don’t worry.

Some more recent models allow you to manually change the camera settings. If yours does not, there are a number of apps designed to help you capture lightning strikes.

3. Use a Stable Surface

“Steadying the camera is essential,” Coomes says. “People try to hand hold it, which you can’t really do at that kind of exposure.”

Using some sort of tripod, whether for your phone or camera, will help.

Lastly, Coomes says the most important thing is to stay safe.

“If the lightning starts landing around you – don’t worry about taking a picture,” he says.